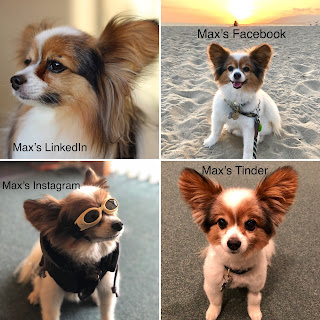 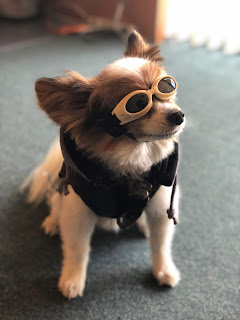 As someone who grew up and lived in the Philly area for 30 years, then moved to near-coastal southern CA in 1994, I can say that there are pluses and minuses living here. And the –'s are starting to outweigh the +'s. First, there's this ongoing drought, where the El Niño effect (which normally comes every 12-14 years, and was several years late this time around) bypassed this area. The lake that supplies the residential water in my part of town (along with ground water) is down 70%. We don't get any of that water which is diverted from NoCal to L.A. The lack of building modernized de-salinization plants, nor building more and better systems for containing/storing and delivering whatever rain/snow runoff the state does get, makes it all the more insane. Thank you enviro-wackos!
Add the bipolar need for having vehicles to get you anywhere, but regulating the S#!7 out of the industry to such an extent that people complain about the tar seeping up from their precious beaches but refuse to do anything about it (like drilling it out of the ground so that it DOESN'T seep onto the surface, rather than having to always break out the mineral oil and cotton balls to get it off of your feet and your dog's paws/fur after a walk along certain coastlines). And the Bullet Train to Nowhere boondoggle is a friggin' joke that would make anyone laugh if it wasn't so bankrupting of the state financial system to the tune of hundreds of billions of dollars. And, of course, nuclear energy plants are still a no-no.
The higher cost of living, and the guaranteed to soon-reburst housing re-bubble, where in four and half short years the homes in my housing tract increased in prices by 50% (right back to 2006-2007 levels all over again). This is happening in key segments of the state (as well as in key sectors of the country). Where property taxes may be reigned in by Prop 13 to 1% plus a tiny fraction for local issues, but other state, local, gas, sales and other taxes continue to get out of control. And let's not forget about the burden of regulations out the wazoo.
And don't get me started on 2nd Amendment rights issues out here. Or the fact that it has (in the last 20 years) become a hard-core 1-party state, politically. Or the insane legislation-by-four-dozen-Propositions every election.
One of my very first posts in my RedState Diary two and a half years ago was about CA and the insane proposal at the time to split it into six separate states. In that post, I did an analysis of the 2012 presidential election by county and found that L.A. county along with eight San Francisco/Sacramento area counties are what tilts the state so heavily liberal/progressive (I called it Marxifornia). Take those nine counties out, and the remaining state of California becomes much more moderate overall (and that includes keeping the liberal Silicon Valley (Santa Clara) and northern Wine Country (Napa & Sonoma) regions in the larger state sans those nine counties).
The weather (aside from the current drought) is gorgeous (Mediterranean). The state geographically is huge and diverse: coastal, mountains, valleys, wine country, tech industry, agriculture, high & low desert, redwoods in the north, state and national parks, etc. But the people are like a gigantic bowl of granola: ⅓ fruits, ⅓ nuts, ⅓ flakes (with an unhealthy smattering of hemp-related products tossed in).
Not able to make the change now, but seriously considering moving to other parts of the gorgeous southwest, e.g., the Albuquerque/Santa Fe areas of New Mexico, or the Prescott Valley areas of Arizona (both are 5000'-7000' in elevation, giving some semblence of season changes, and avoiding much of the blistering summer heat).

Possibly Texas, but it's tough trying to find the right locations in that Lone Star state. I've "looked" at Corpus Christi (seasonal hurricanes, anyone?), suburban San Antonio (e.g., New Braunfels?, but it's flat with hot/humid summers and even humid winters like most of the southern portion of the state), Austin-area (cost of living there has gone through the roof, and is as highly liberal as key pockets of CA). Maybe the western mountain areas of Texas, but that tends to be either El Paso (nowhere near ideal) or a bunch of tiny towns of 2000 people or less. Plus the fact that western TX is notorious for constant high winds and dust. Not interested in big cities like Houston/Dallas/Fort Worth/Plano/San Antonio proper etc. And, no, I don't want to live in tornado alley up in the panhandle region (Lubbock, Amarillo).
All three of those states (AZ, NM, TX) are strong 2nd Amendment states, too - which is a big plus. TX and AZ are conservative, while NM is actually overall fairly moderate (having elected for governor since 1987 GOP Garrey Carruthers (the last governor to be limited by law to a single term only as governor), GOP Gary Johnson twice, fiscal conservative Dem. Bill Richardson twice, and now GOP Susana Martinez twice - and who may challenge Dem. Senator Udall in 2018. They also had GOP Senator Pete Domenici for many years.).
I'm about a good 8-10 years away from making the move (will definitely miss the coast and the Mediterranean climate when I do), but I think it will be done. It needs to be done, for my sanity, my security, and for my wallet. Although my family is all back in the PA area, I just don't see myself going back there. I'm biding my time, and doing my research until the time is right to make the move. I just wish that a good chunk (3-6 million) of conservatives would "move" here temporarily for about 4-6 years to help turn this state around - getting it back to the Reagan/Deukmejian style of governance.

One can only hope. But I'm not holding my breath... not even with the sudden now-legalized increase in Acapulco Gold wafting in the air. LOL
Posted by Trubador at 10:27 AM 1 comment:

Connected at the Hip...

My latest post over at RedState. It's a simple commentary in one easy-to-understand picture. Enjoy!
Posted by Trubador at 1:15 PM No comments:

GOP: I Have A Bone To Pick With You…

Originally post over at RedState on October 5. You can read it in full here.
Posted by Trubador at 8:00 AM No comments:

My latest post over at RedState can be viewed here.
Posted by Trubador at 11:16 AM No comments:

Can Trump Be Replaced? Yes. These Are The Rules…

Originally posted over at RedState on October 8. You can read it here.
Posted by Trubador at 9:57 AM 2 comments:

Trubador
I'm the Arbiter of Common Sense... that's all you should need to know. Want more info? Ok... I'm a humble, common sense, constitutional, conservative, Catholic male of Italian heritage. A Philly native who's been living in southern California since '94.

Faith. Family. Friends. Community. Country. Freedom. Some good music (just about anything but hip-hop/rap crap and heavy metal). A good book. A good movie. A good, homemade meal. An occasional glass of vino (Pinot Noir or Riesling), beer (Firestone's 805 Ale or Blue Moon's Summer Honey Wheat), or a well-made Piña Colada or Margarita. Dogs (Aussies and Papillons). Pleasant conversation. People with discerning minds, open hearts, and centered souls. A summer day on the coast with a gentle breeze and the warm rays of sunshine. An autumn day hiking in the mountains by the lakes. Passion. Romance. Laughter. True Love. You know... all the important stuff in life.

The Guild of Common Sense